Meet Our Board Of Directors

Youth Action has several non-profit, for-profit, education, civic, and community leaders who advise and offer financial support to the organization. In addition to these individuals, its Board of Directors principally works to ensure that the organization effectively upholds its values and purpose. They also provide support by assisting the organization’s growth and development.

Tonyelle Cook-Artis, M.P.M., spent a career spanning 15 years dedicating her life to public service. In 2016 she served as a member in the Pennsylvania House of Representatives. Prior to serving, Tonyelle spent a decade, serving as Chief of Staff to the State Representative in the 200th district. In this role, she steered the planning of more than 125 community events and led a staff that serviced 50 plus residents per day in a variety of areas. Tonyelle has also worked to establish effective community partnerships, and actively fights to connect residents to the valuable city and state resources. She currently is Manager of Government Relations at the Delaware River Port Authority in New Jersey.

Tonyelle’s outstanding dedication to the people in her community and her strong leadership abilities helped to quickly elevate her career. She is an avid member of several communities-based organizations including President of East Mt. Airy Neighbors; The National Coalition of 100 Black Women; National Association of University Women ~ Philadelphia/Suburban Chapter. Most notable, Tonyelle sits on the Board for the Lupus Foundation of America Tri-State Chapter (Delaware, New Jersey and Pennsylvania), where she was recently elected to serve as Chair. She is also serving in the capacity of co-block captain for her block, Chair of the Mt. Airy Community Council and is an active member of Enon Tabernacle Baptist Church, where she serves as Assistant Servant Leader on the Trustee Aide Ministry.

Tonyelle received an undergraduate degree in Political Science from Bennett College in Greensboro, North Carolina and a Master’s Degree in Political Management from George Washington University. Tonyelle resides in the Mt. Airy section of Philadelphia with her retired army reservist husband and their son. 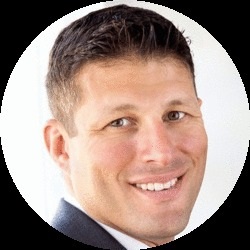 As a Philadelphia native, Pete is a CERTIFIED FINANCIAL PLANNER™ professional and has been in financial services since 2002 as both an agent and a manager. Pete’s focus on business owners and their families distinguishes him in the industry. Utilizing cutting edge software and technology, he helps his clients plan for the accumulation, management, and distribution of their wealth. He has a vision to help all families navigate their way to the lifestyle they deserve. He has been recognized for his accomplishments in financial planning and is a member of AXA’s Sterling Producer Group. Pete is a graduate of St. Joseph’s University. He currently resides in Manayunk with his wife Jessica, their son Nicholas, and daughter Luciana. 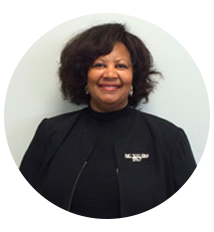 Maxine Bagley is a retired Administrative Analyst for the School District of Philadelphia. Maxine is a member of the National Coalition of 100 Black Women Southern New Jersey Chapter, where she once served as the chapter’s Executive Vice-President and is currently a member of the organization’s National Board. For three years, Maxine served on the Monroe Township Board of Education. Maxine has also served as a commissioner on Gloucester County Commission on Women for sixteen years. In addition to this, Bagley is an executive board member of the Gloucester County NAACP.  Since 2003, Maxine has been a member of Youth Action’s advisory Board and helped support the founding of the organization. She is recipient of several awards which include proclamations from New Jersey state officials, a Dedication to Service award from the Mayor of Monroe County, and the Woman of the Decade Award from the Williamstown, New Jersey Women’s Club. She received a degree in business administration from the University of Pennsylvania and currently resides in Williamstown, New Jersey with her husband. 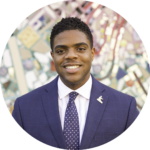 For Youth Action, for four years Barry directed Youth Action’s Inspiring Leaders program which provides training, mentorship, & funding for 9th& 10th grade students to explore/value leadership and organize service projects in their communities. Originally from Trenton, New Jersey Barry is a recent graduate of the University of Pennsylvania who studied political communications. He has served as a media specialist with the Pennsylvania Democratic House of Representatives. During his time at UPenn, Barry immersed himself in Philadelphia and gained valuable civic engagement experience pertinent to our students. He has worked in Councilman Kenyatta Johnson’s Office, Philadelphia’s District Attorney’s office. His passion for civic engagement continued as he took the fall semester of his senior year off to work as an organizer with the Pennsylvania Democratic Party and the Hillary Clinton campaign. 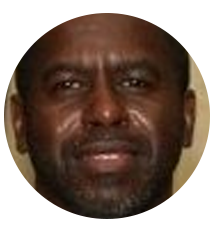 Larry Raye has been involved with Youth Action since 2005, serving as a mentor and member of our team’s advisory Board. Larry brings significant leadership experience to our Board, having served for more than 35 years as a community volunteer as well as employer with Philadelphia Municipal Government. Larry Raye has been involved with the Department of Human Services where he has served as the executive assistant to the Department’s commissioner. He is the Founder and President of Raye of Hope Ministries, a community development non-profit in Philadelphia. In addition to this, he is the Founder of the “Each One, Reach One, to Teach One” Annual Youth Summit, in which he has impacted the lives of more 10,000 youth for the past 18 years. In addition to working with Youth Action, Larry is a Board member of the Imani Charter School, Blacks Networking for Progress and is intensely involved with ministries and services at Mt. Airy Church of God in Christ. He is the recipient of Youth Action’s 2008 Outstanding Leadership Awards. Raye, a licensed social worker, earned his B.A. in sociology and history at Fayetteville State University and a masters in Social Work at Temple University. 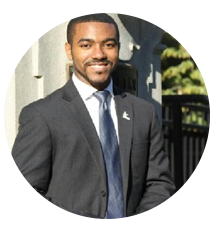 Gavin Grant is the past President of Youth Action and a native of Northwest Philadelphia. He is passionate about empowering and mobilizing people to resolve community issues. In 2009, he was recognized for accumulating over 1000 hours of community service, most prominently through his involvement with Youth Action, City Year Greater Philadelphia, The American Cities Foundation, and Youth Workforce Development initiatives. While in high school, he was a member of the National Society of High School Scholars and a 4.0 graduate and valedictorian of Wyncote Academy. He also enrolled in business and legal courses at Arcadia University, Temple University, and Manor College as a member of the College Excel Dual Enrollment Program. While in college, Gavin worked as: a Paralegal assistant at the Hoyle Law Firm; an Entrepreneurship Program Director for Institute for the Development of African American Youth;  a Supply Chain and Procurement intern at Johnson & Johnson (a year-long co-op); a Project Administrator in the Institutional Recordkeeping Services division at The Vanguard Group; and a Resident Assistant at Temple University. Additionally, Gavin served on the Mayor’s Commission on African American Males, was on the Programming Board for Spark the Wave and was selected to join the highly competitive Management Leadership for Tomorrow Career Prep program.  He has received awards and recognition for his service from both the Tavis Smiley and Stafford Foundations. Gavin recently graduated from Temple University where he received a degree in Economics and Finance and minor in Legal Studies. He currently is a project manager with Vanguard. 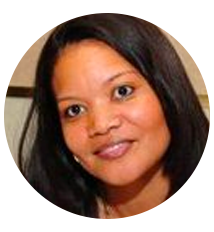 Linda Lewis, Youth Action’s senior adviser, is a dedicated and passionate community volunteer.  Her involvement with the community has included working with Mt. Airy Church of God in Christ’s scholarship fund, Future Minds Inc., and serving as an advisory board member for The Tavis Smiley Foundation. Ms. Lewis first got involved with Youth Action back in 2003 and she has been a superb advocate for the organization. Most recently, Ms. Lewis has spearheaded work for the team’s Ann C. Phillips Scholarship Fund and for the past 10 years has overseen the work of our team’s allies. Linda Lewis is an exciting and diligent professional who always ensures that she puts the community first. In 2005, the Tavis Smiley Foundation named Ms. Lewis their Volunteer of the Year. She is currently employed as an Executive Assistant to the CEO of First Republic Bank in Philadelphia.  Ms. Lewis, a member of Enon Tabernacle Baptist Church, lives in the Mt. Airy section of Philadelphia and is the grandmother of two and mother of Alicia and Ginene. 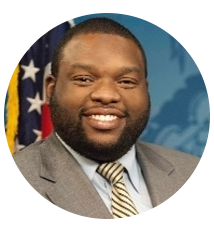 Jordan Harris was elected to the State Legislature on Nov. 6, 2012, representing the 186th Legislative District in Philadelphia. Prior to being elected to the Pennsylvania House of Representatives, Harris was appointed as the Executive Director of Philadelphia’s Youth Commission where he advised the Mayor, City Council and other key decision makers on issues relating to the city’s youth and young adults. In this office, Harris spearheaded initiatives that helped address and ultimately end Philadelphia’s outbreak of nuisance flash mobs, including extending the hours of the city’s recreation centers and creating alternative activities. Harris earned his Bachelor’s Degree from Millersville University in Governmental and Political Affairs. He also holds a Master’s Degree in Education from Cabrini College and is currently a Doctoral candidate in Educational Leadership at Neumann University. Before pursuing a career in public service, he worked as an educator in the Philadelphia Public School System for several years. He was also instrumental in designing Slam Dunk, a summer program that assisted over 600 high school students in meeting credit requirements for graduation. Named one of The Philadelphia Tribune Magazine’s “10 People Under 40 to Watch in 2011”, Representative Harris is sought after to discuss youth leadership and development at universities, churches and on other platforms across the nation. Harris is an informed advocate for the improvement of the educational system. He is passionate about a myriad of issues that affect the District he serves, including equal and quality education; employment and job creation; vocational training and job readiness programs; the rights and care of senior citizens; minority inclusion; bidding reform; and prison system reform.